Before we left on our trip, my mom bought us a few musical T-shirts. After installing batteries, the wearer of said shirts can bust out some drum or guitar tunes with the flick of a finger. While maybe not the most practical item to carry around the world, I was certain there would be a time when these would provide endless entertainment. At the Children of Africa Hope Mission was just that time! 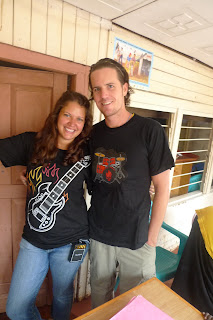 The kids, as expected, went NUTS. Any attempt to arrange some sort of civilized turns in which to play with the shirt went straight to hell. They had never witnessed anything quite so delightful. 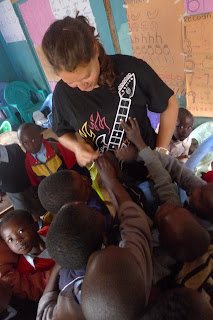 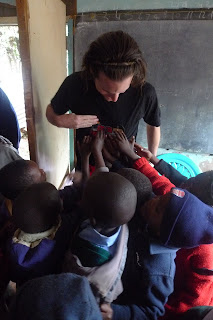 When the festivities were moved to the playground, we gave the teachers a chance to sport the shirts. That was probably a wise decision...