We caved. Three weeks in, and we succumbed to our first American chain craving. And, shockingly, it wasn't McDonald's! 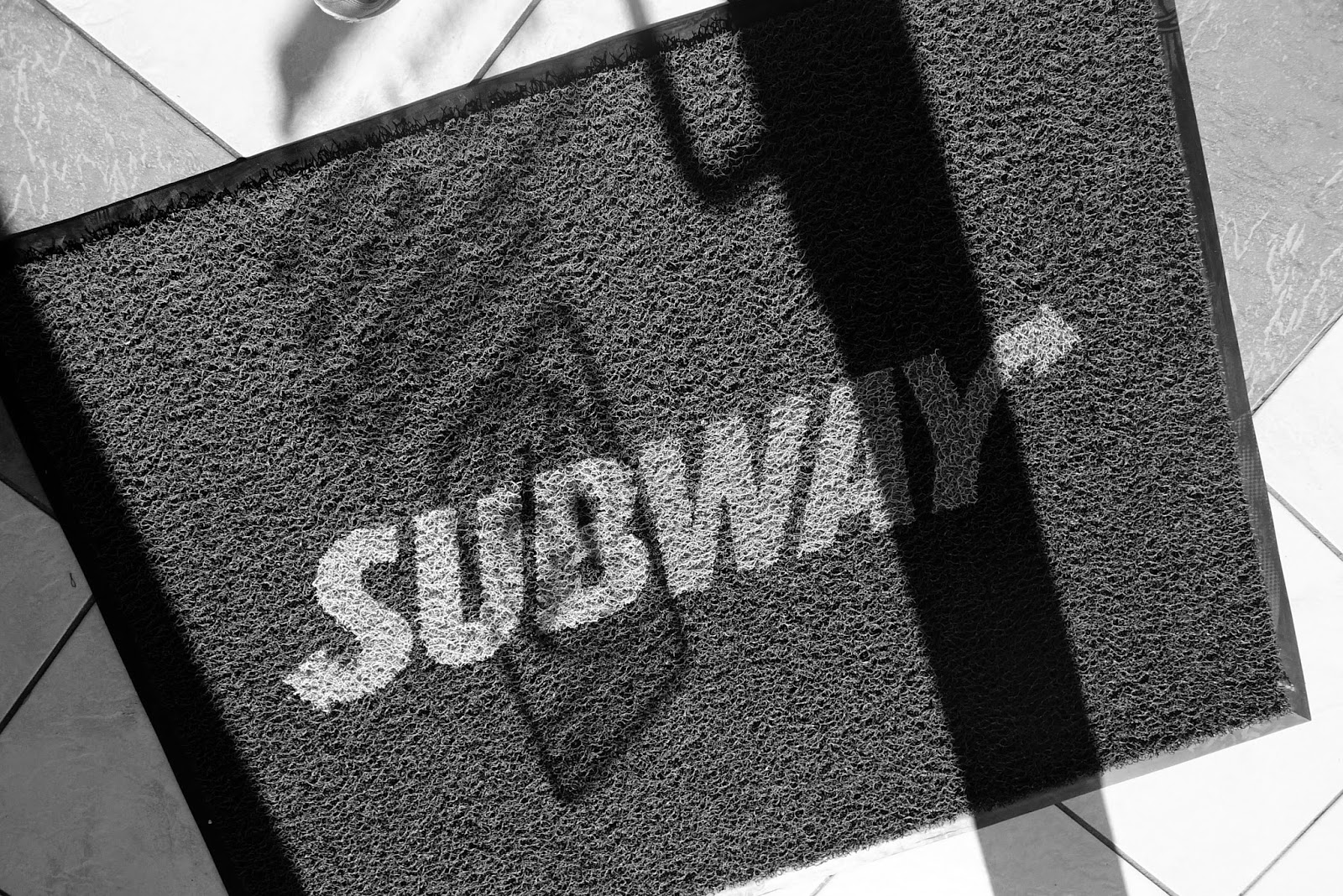 Subway is actually a heck of a lot more common in these parts than the golden arches. I read somewhere that it was the fastest growing fast food franchise, and I've definitely seen evidence of that around the world. 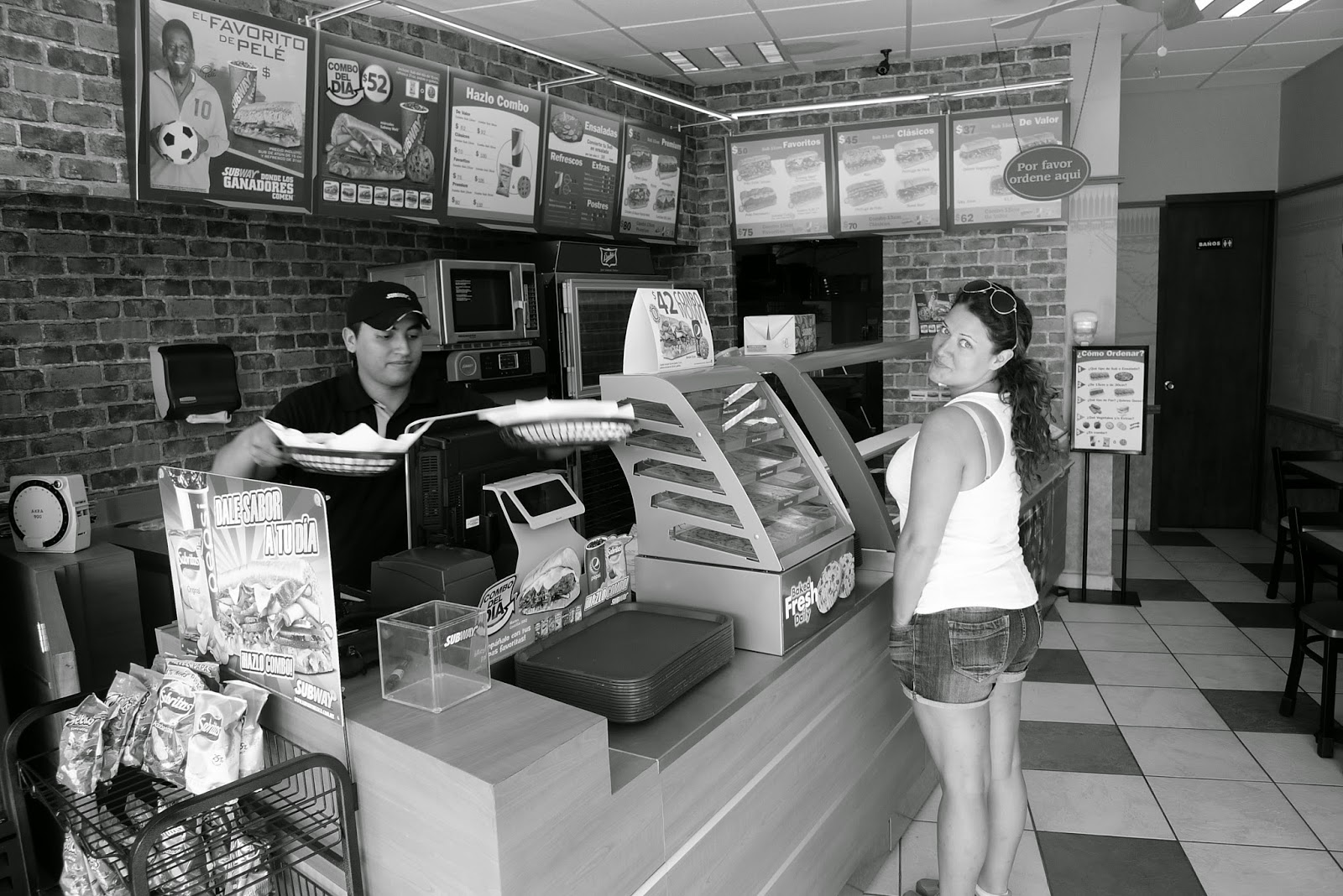 We shared a 15cm (duh, they wouldn't know what a footlong is here) Philly Cheesesteak (aptly named the Carne y Queso). It was probably the most expensive meal we've had since we left home. But it was worth every peso.