The Road to Puerto Escondido

For somebody as passionate about traveling as I am, it sure is a cruel twist of fate that I suffer from both debilitating motion sickness, and an extreme fear of flying.

The latter has only struck me only in recent years, spawning with a particularly scary flight from San Francisco to LA before our first round-the-world trip. Turbulence was so bad that people screamed from their seats, and I shamelessly gripped the arm of the stranger beside me, horrified that I may die in my last flight BEFORE departing on our big adventure. Ever since then, along with some frightening crash/disappearance stories peppered over the years, I’ve grown increasingly more afraid of taking to the skies.

The former has plagued me for as long as I can remember and then some. From the time I was a little girl, complaining from the backseat that “my throat hurt” while my parents had no idea what I was talking about. To a 5 year old who doesn’t know the word “nauseous”, that was the best way to describe the way riding in a car (or a boat, or even a swing for heavens sake) made me feel. My first few years with Reece, he thought it was all in my head and that it could be cured with a little mind over matter. Until he witnessed firsthand the torture I live with on just about ANYTHING that moves… Now he knows better.

For the ride from Oaxaca City to the coast, we had two options: A vomit-inducing 11-hour bus ride through the mountains. Or a more direct, but even curvier, 7-hour van ride – The good news being 4 hours less misery, the bad news being no reclining seats or bathroom to throw up in. I pictured myself puking into a plastic bag in my lap for seven horrific hours. Really, this was a lose-lose. I almost re-routed our whole Mexico itinerary (well, what little we have of it) to avoid this trip.

Then we did a little digging, and learned of a small company operating a daily flight on a tiny Cessna plane (read: single engine aircraft) that would zip you to the coast in a mere 45 minutes. Out of our budget for sure, and scary for certain, but oh so tempting. After much deliberation, and horror stories from those who had experienced the infamous Oaxaca – Puerto Escondido journey, we decided to fly. I was briefly troubled by my fear of small planes, but mostly distraught about the price. Sometimes my motion sickness is expensive.

We arrived to the airport relieved and excited about our decision. “An hour from now, we’ll be sipping out of a coconut in the sand!” Until I actually saw the plane. Then fear started to creep in. 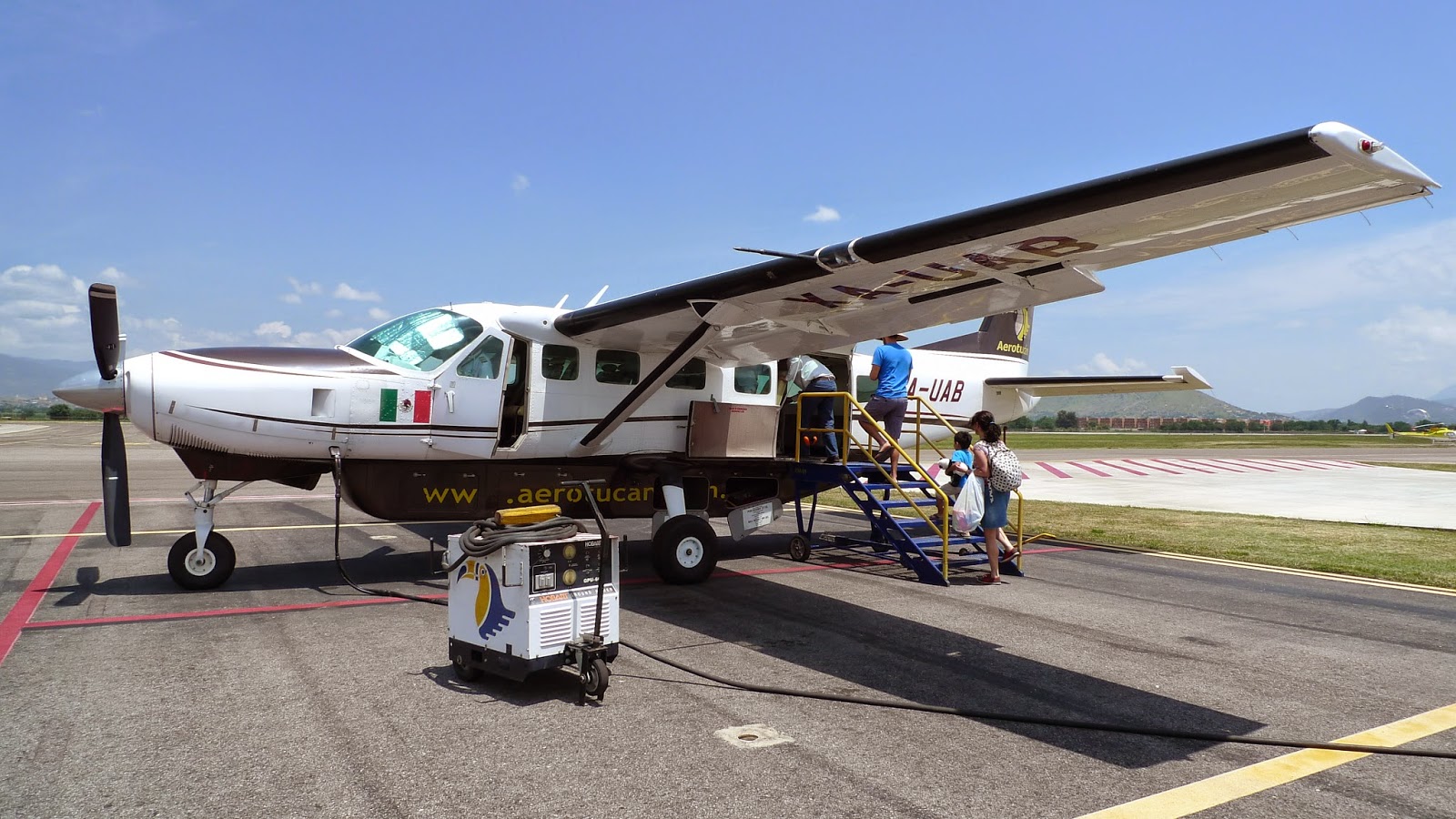 We boarded, strapped in, and took off in what was absolutely the scariest departure I’ve ever experienced. I mean, you can feel EVERYTHING in this tiny little hunk of metal. You really take for granted the stability of a large aircraft, this thing was swaying back and forth with every meter ascended above the city.

I stayed calm for the first few moments, until it dawned on me that I’d be stuck in this flying deathtrap for FORTY-FIVE minutes. Every other small plane or helicopter ride I’ve experienced was over relatively quickly. Just enough time to get my heart rate up, and then feel the sweet relief of solid ground again. Suddenly the cabin started to feel unbearably cramped and the engine sounded way too loud and the feeling of absolutely helplessness washed over me as the plane teetered precariously 12,000 feet above the Sierra Madres. At one point I audibly gasped in fear as we dipped sharply, enveloped completely inside a heavy white cloud. I spent the remainder of the flight with my eyes closed, tears silently streaming down my face, praying that we’d reach the beach in one piece.

Luckily, the flight was shorter than anticipated. And before I knew it, we were (Thank God) safely on the ground in Puerto Escondido. Reece promised me we will never fly a tiny plane anywhere again. Unless, of course, the only other option is a 7 - 11 hour puke bus.
at 5:17 PM