The journey to the incredible rice terraces of Batad is not for the faint of heart. Start by negotiating with a tricycle driver in the small village of Banaue… Actually, let me back up a bit.

Start in Manila. Because that is most likely where your flight to the Philippines landed from wherever you came from. Spend an entire day tracking down the correct bus station (it’s really far) to buy tickets out of Manila as quickly as possible. Because for lack of a better word, Manila sucks.

The following evening, try to hail a taxi to the (really far) bus station in time for your scheduled 9pm departure. Learn that every cab driver in Manila is a scammer who refuses to use his meter and won’t let you into his car until you agree to quadruple the actual fare. Argue. Panic. Curse the Philippines. Repeat. Acknowledge that you are going to miss your bus. Throw a temper tantrum. If you’re lucky, the security guard at your hotel (in the red light district) will take pity on you and help find an honest old man who switches the meter to ‘on’.

Arrive at the bus station (by ‘station’ I mean packed, fluorescently lit compound surrounded by a chain link fence and teeming with rats and cockroaches). Wait. Watch as they put a new tire on the bus. Hope that scrawny kid is screwing those lug nuts on tight. Get crammed onto the musty monster of a vehicle like sardines (who knew the aisle has fold-down seats?!) Get laughed at when you ask for the password that accompanies the “free wifi” sticker in the window.

Depart into the dark, gloomy night. Drift into a troubled sleep. Halfway through the journey, wake up to realize you’re at a dead stop on a two-lane road. Your husband is angry with the obnoxious, restless guy next to (nearly on) him. There is no explanation as to why there are bumper-to-bumper semi trucks for miles in the middle of a remote island in the middle of the Pacific Ocean. Trade seats with husband. Try to fall asleep again (unsuccessfully).

Watch the sun rise. Stop for (terrible) food. Get off the bus when it pulls over on the side of the road and the driver tells you he’s not going any further. Recognize the name of your lodge on the sign in a small woman’s hands. Follow her to the back of a pick-up truck. Miraculously, arrive safely in Banaue. 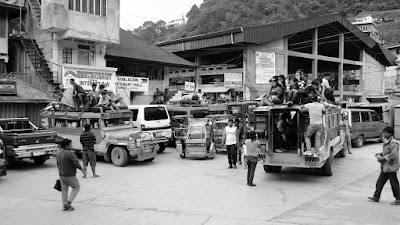 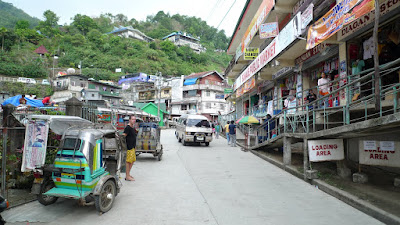 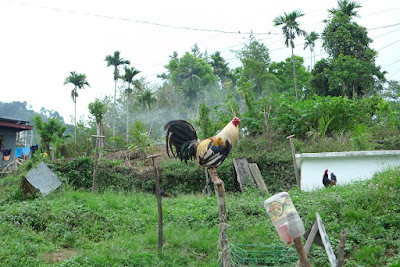 All you want to do is sleep, but you quickly realize your courtesy ride was not free. You will pay. With being stalked for two days straight by this woman, trying to sell you tours of the nearby villages. She’ll be at the restaurant when you eat dinner. Outside of your door when you wake up. In the lobby when you charge your phone (cause there are no electrical outlets in your room).

Screw that. You’re an independent traveler. You don’t take tours.

After a little research (VERY little, cause internet doesn’t really work in the Philippines) and some asking around, you find a guy who offers to take you as far as he can towards the village of Batad, in the miniature sidecar of his motorbike (affectionately known in the ‘Pines as a tricycle). “As far as he can”, because the road ends a few miles short of the village, and you must hike the rest of the way in. And off you go. 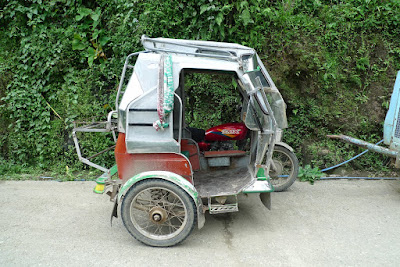 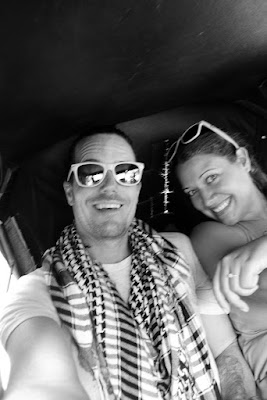 Or shall I say, UP you go. Up the slick from recent rains, winding mountain road. Higher and higher and higher as the jungle dips vertiginously below. You swerve to avoid fresh landslides, while peering straight down at your worst fears over the rail-less edge. At times when the ascent becomes too steep, your husband has to get out of the sidecar and hop on the back of the motorbike to re-distribute the weight, leaving you alone to contemplate your imminent death-by-plummet. But these rice patties are reputed to be SO beautiful. You heard there was a waterfall there. It will be WORTH IT! 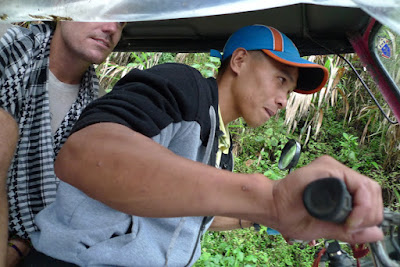 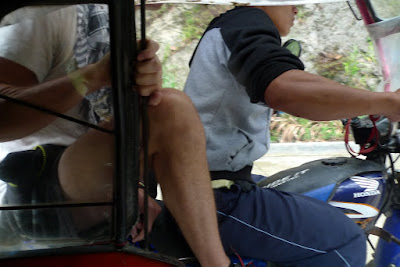 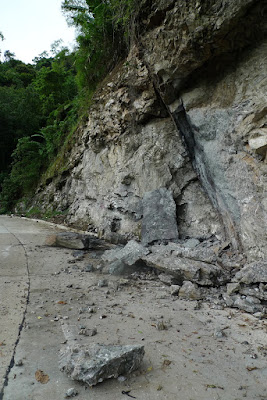 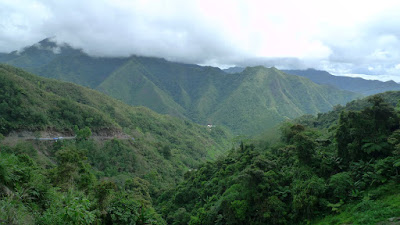 Forty-five minutes later (nobody told you it would take 45 minutes) you arrive at the edge of a construction zone. Someday, this remote village will be connected to town by paved road. Until then, trepidatious folks amble past excavators and bulldozers, and continue an hour down a narrow, rocky path, the sound of their own footsteps occasionally interrupted by nearby blasts of road-clearing dynamite. 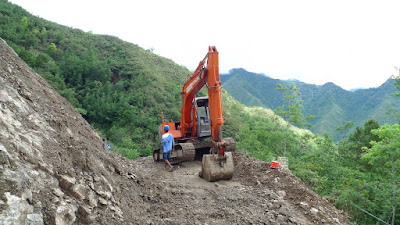 You will be SO relieved when you finally arrive. You'll be met by a makeshift “tourist information center” where you pay a few bucks for permission to wander around these farmers’ land unattended. And when you catch your first glimpse of what you traveled so far for, your jaw will drop. You’ve never seen anything like it, anywhere else you’ve traveled. The colors are unreal. The amphitheater surrounding you, perfection. You’ve made it. 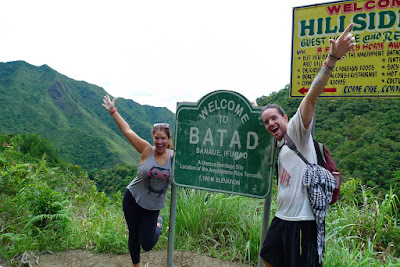 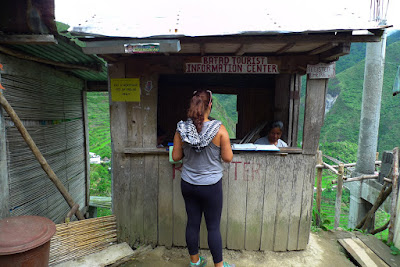 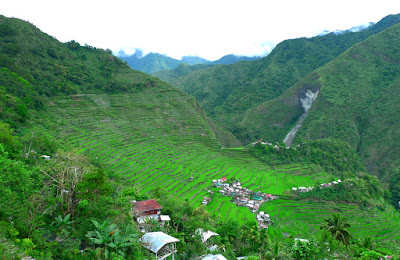