...you should do whatever it is Romanians do. When in Cambodia, you should see a Khmer boxing match.

Clutching a worn flyer, we motioned to the tuk tuk driver where we wished to go. It wasn’t a long ride, about 15 minutes to the outskirts of town. We were dropped off in a dirt lot, and approached a small window to pay our entrance fee. Once through the chain-link gate, I was immediately struck by the smell of tiger balm in the air. Restless boxers paced about, awaiting their next fight. An announcer’s voice boomed through a set of speakers, and ecstatic cheers emanated from the entrance to the tarp covered stadium.

We entered shyly and climbed the wooden bleachers to find an open spot amongst the crowd. A rhythmic percussion amped up the lively spectators, and it wasn’t long before I noticed it was not a radio, but rather live drummers booming from the sidelines. Boxers shifted their weight from one foot to the next in time with the music, swaying as hypnotically as snake charmers. Then, like snakes, they’d strike with a quickness and strength that took my breath away. We were worried it may be a cheesy show, more of a tourist attraction than an actual fight. But these fights were real - impacts echoing across the ring, kicks nearly shattering shins, blood splattering from opponent’s faces. The pulsing beat went on, picking up pace with the increased aggression and excitement.

We drowned cans of local brew in the sweltering heat. Shouted and cheered and grimaced along with the captivated crowd. Amidst it all, it dawned on me that we were the people in those travel shows we're so addicted to. Down a dirt road in Cambodia, surrounded by shouting local men placing anxious bets, watching the local champion defend his title, air thick with humidity and sweat. This was one of those moments that would fit right into an episode of Anthony Bourdain’s Parts Unknown. I could just see the camera pan across the frenzied crowd, the slow-mo shot of a landing punch, the pounding soundtrack driving the action. Time seemed to slow down around me as I breathed it all in, engaging each of my senses, memorizing the moment.

Six bouts and as many cold beers later, the event was over. We poured into the street with the buzzing throng, competing for the attention of tuk tuk drivers to take us to the nearest local watering hole. Since that’s where everybody else was going. And after all, when in Rome… 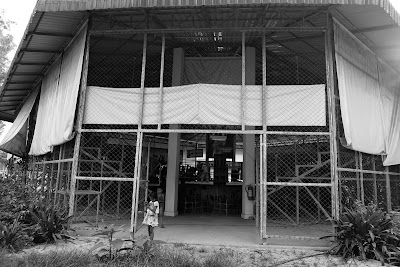 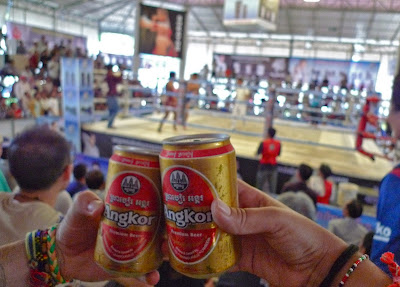 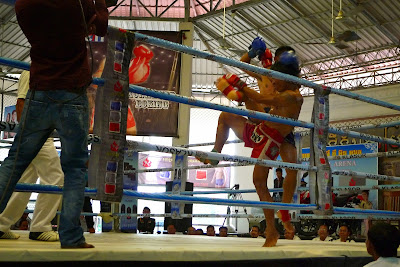 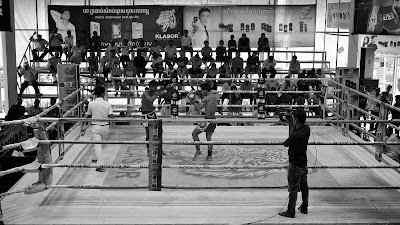