One of the most remote, undeveloped, real places we’ve ever been.

Cause here’s the deal. If we know about a place, it’s cause somebody has been there and told us about it. Or wrote about it in a guidebook. Or started a tour company to take hundreds of folks like us there.

But sometimes, you find yourself with two weeks to kill, in a town with one REALLY MAJOR tourist site. And few people really bother asking what else there is to see and do there. And with a little digging and a willingness to suffer down a bumpy dirt road for a few hours, you are met with a place that’s unlike any other place you have ever seen in your life. 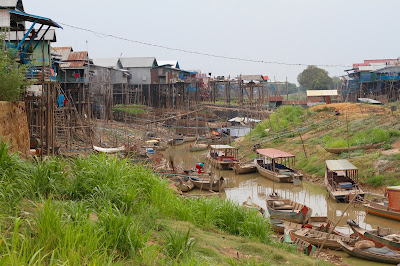 Yes, it’s in the Lonely Planet. I don’t get any credit here for discovering it. However, we didn’t meet a single person in Cambodia who had ventured there. And it has but a brief blurb in the book, with not much guidance as to how you get there. We started asking around and found a guy who could arrange transport in a small van with about eight other interested people. So while roughly 6,000 tourists visited nearby Ankgor Wat, we went there.

Now you see, this town is located on Tonle Sap which is, during the wet season, one of the largest freshwater lakes in Asia. The houses are built upon 20 foot stilts, and its residents travel entirely by boat. But, for a few months during the dry season, the lake shrinks from an enormous 12,000 square kilometers to just 2,500. Leaving Kompong Phluk and villages like it unnaturally exposed. It is a surreal, beautiful, haunting, chaotic mess of a place. 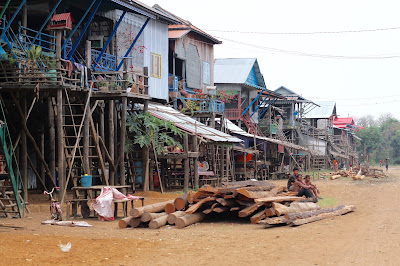 They don’t see a whole lot of tourists here. Naked kids unabashedly run down the street (if you can call it that). Locals go about their business of boiling shrimp (to make shrimp paste) with curious glances and the occasional wave. A haze of lakebed dust and the scent of fish hangs in the air. There are no restaurants or souvenir shops. Just a couple of inquisitive tourists ambling down the lane with jaws slightly agape.

We played with local kids, tossing around the bundle of plastic bags they were using as a ball. We observed a small English class in session. We took a boat ride out on what’s currently left of the lake, in hopes of a stunning sunset that never revealed itself. We drove away feeling moved. Connected to this simple strange place and it’s warm welcoming people. A little bit like we had just been told a secret. I didn’t want to leave, and my heart grew heavy as the distance between us grew. 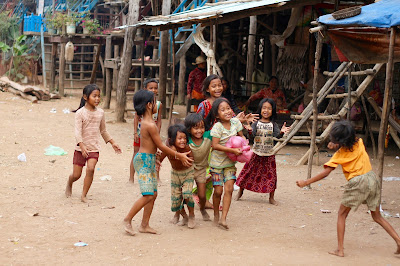 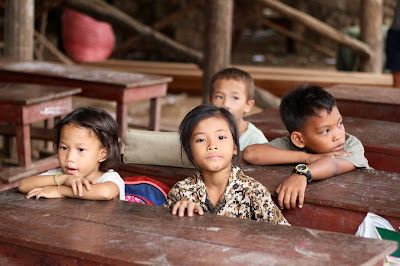 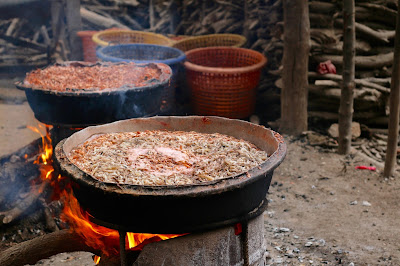 I searched online about it after returning to Siem Reap, and was met with very conflicting accounts. It sounds as if during the wet season this is in fact more of a tourist attraction, with canoes carting visitors through the nearby “flooded forest” at wildly varied prices. And people don’t seem to walk away from that experience with the same feelings that we did. I’m really grateful we got to see it at this time of year, to simply witness village life. It was a special day that will leave a lasting impression on both of us. 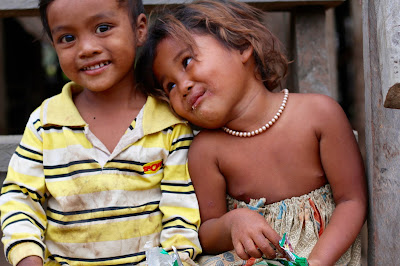