It pays to read the giant bold print. 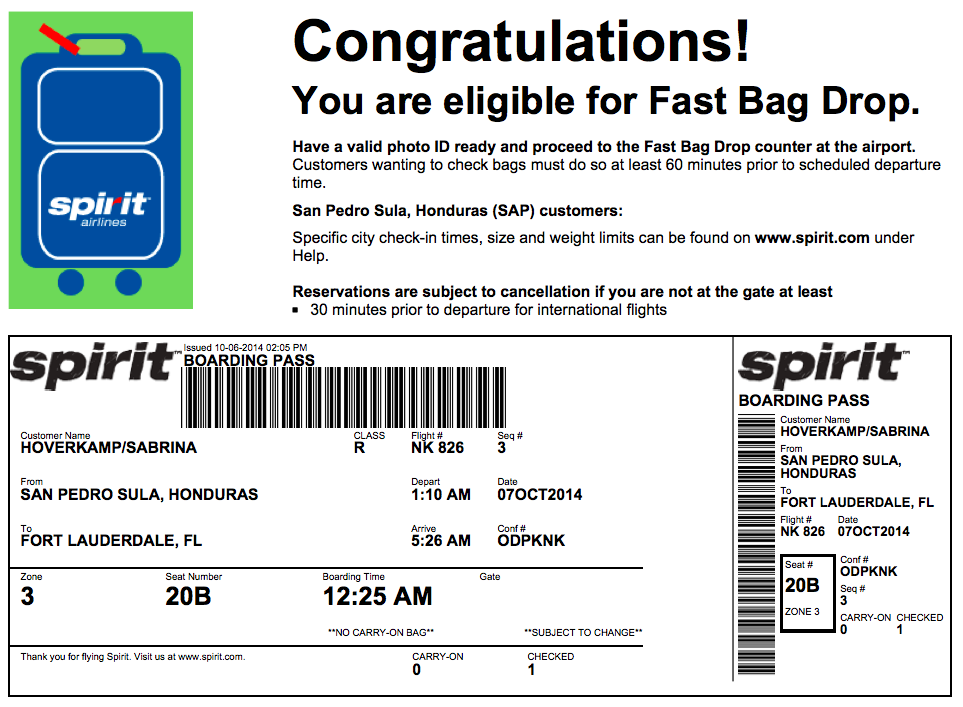 Our flight home from Honduras was out of San Pedro Sula, recently dubbed “the most dangerous city in the world”. What can I say, our options were limited, the location was convenient and the price couldn’t be beat. Did I mention it was scheduled to depart at 1:10am? Thrilling!

Our safety plan was solid:

1) Don’t step foot in the actual city. We’d bus in from a not-so-nearby town the day of our flight, so as not to spend a minute in anything other than San Pedro Sula’s airport.

2) Don’t travel after dark. This would mean many, many hours sitting in the airport. But that’s better than traipsing around Honduras at night.

3) Don’t leave the terminal. We would check in as early as they’d allow us to, so that a series of metal detectors and armed guards stood between us and whatever danger may lurk outside.

After many hours on a bus, many hours in a food court waiting for the check-in gate open, and many hours standing in a line that lacked any integrity whatsoever (Ahem, sir, I see you “accidentally” stumbling in front of all of us, what happened to waiting your turn! And why in the world don’t they have more than one attendant servicing these hundreds of people?!), imagine what idiots we felt like when we got to the front and realized that tiny line to the side that Reece kept wondering about… was the “Fast Bag Drop". Ohhhhh, right, that’s where we were supposed to go! Guess we should have looked at our boarding passes.

Needless to say, that set the tone for a series of misadventures including a delayed flight (why leave San Pedro Sula at 1am when you can hang out until 2:30am), a missed connection (cause retrieving your luggage, going through customs/immigration, re-checking your luggage and going through security is totally reasonable in a 30 minute layover), and three stops for the price of two (I hear Ft. Lauderdale, Atlanta, AND Dallas are lovely this time of year). By the time we arrived in LA, 30 hours after leaving our hotel in Honduras, I wanted to kiss the ground at LAX.
at 9:59 AM