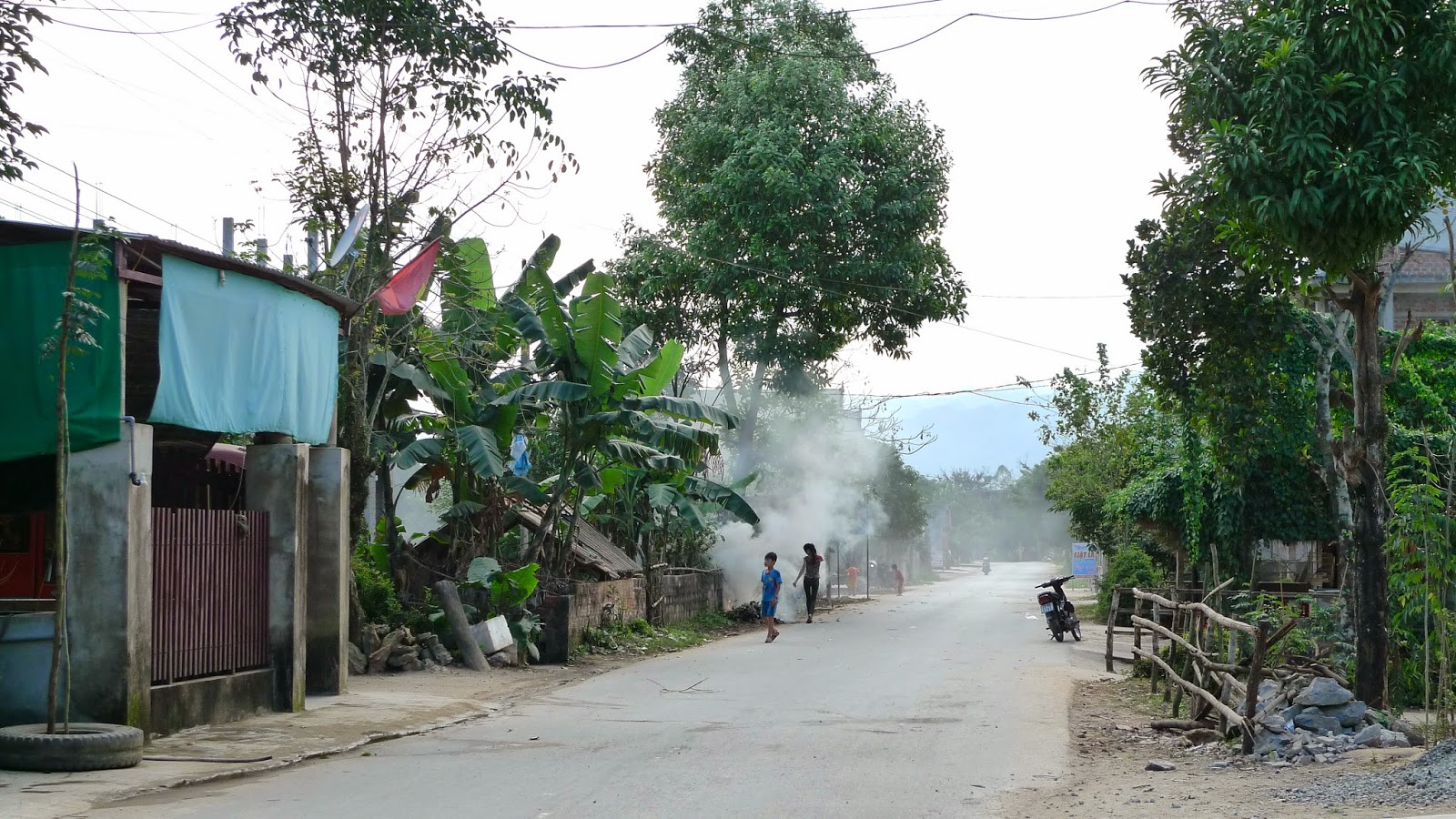 Phong Nha isn't even IN our Lonely Planet guidebook (which is just one edition old). That's how new it is on the tourist trail.

2.5 million year old Son Doong, the world's largest cave, was just discovered there five years ago. Shortly after, National Geographic Magazine did a spread on the magnificent wonder, and then a few hundred intrepid folks from around the globe came running to see it for themselves. There is only one tour company allowed to operate the trip, and they charge a hefty premium of $3,000 per person for the privilege of being one of the first to step foot in it (after a 260 foot rappel into it). Last year, this included just 214 lucky folks. It was slightly out of our budget, so we toured nearby Hang En (which was featured in the same National Geographic spread) instead.

If you open it, they will come. The modest town of Phong Nha is a'changing in the face of all this attention, fast. Two hotels and a few restaurants dot the one-block tourist strip. Which, according to the owner of the only hostel in town, have been built within the past few months. An ATM machine recently arrived in town, and while we were there they were adding a second. A "tourist center" sparkles on a broad corner, in stark contrast to the undeveloped land that surrounds. It's the kind of place where kids still still marvel at the sight of a foreigner, running out into the streets screaming "Hello!!!!" for the chance at some attention. A welcome change from places where the only thing kids want from us is money. And you can actually bike to the cafe owned by the guy who discovered Son Doong. His wife makes an amazing iced chocolate coffee.

We felt lucky to have the opportunity to witness a place like this before tourism completely transforms it. And a little sad for the locals who likely don't know what's coming. We stayed longer than expected, cause we really enjoyed its beautiful, peaceful vibe. We just hope it manages to hang onto it.