This place was odd. Perhaps cause I was walking around in a prescription-strength antihistamine-induced haze the whole time, but it always kinda felt like you were dreaming here.

It had all the makings of a hostel we would love. A spacious patio with a pool, a big bar with billiards and a sports room with a giant projection TV. An internet cafe and a breezy little room in the courtyard.

Yet, nobody actually went near the pool. The entire property was a ghost town during the day. Then at night the bar would be packed, but oddly quiet. The largest demographic patronizing the bar were local hookers and old white men, respectively. And it was located at the far edge of the bus yard, notoriously the most dangerous part of any city. So as soon as the sun went down, we were captive within the walls of the compound.

Anyhow, it was a fine enough place to recover from The Hellrash before moving onto Tanzania. 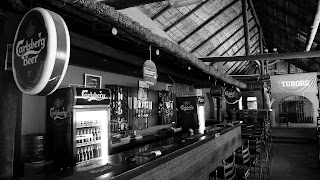 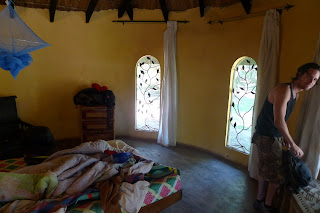 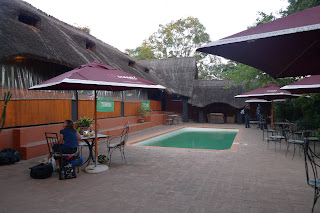 This place felt eerily similar to the hotel in the opening scene of The Beach. Harsh fluorescent lights. Strange people wandering through dark and sterile hallways. A gritty room with a few beds and a growling AC unit.

I think the combination of flying to a new destination (rather than making our way gradually, overland) and arriving at night makes for an unsettling arrival. Dar Es Salam immediately felt hugely different from the Africa we've come to know. Much more middle eastern, of course. And a whole new vibe we couldn't quite put our finger on. Even the other travelers seemed...different. More on that later.

Their rainbow-colored restarant had fantastic Indian food, and that's probably the most important thing to know about this place. We'll be back on our way through Dar again. 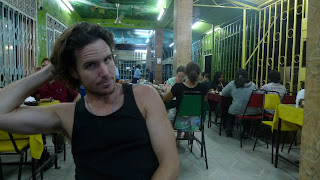 There is something about a mosquito net that makes you feel like you're sleeping in a princess bed. Especially when it's a deluxe net, like the one at Jambo Guesthouse. They've also got colorful foilage in the hallway. Thanks Jambo. 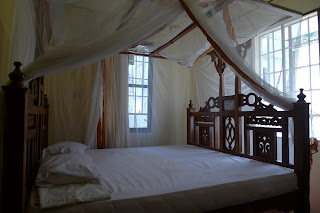 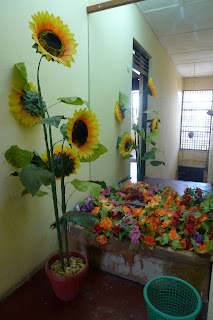 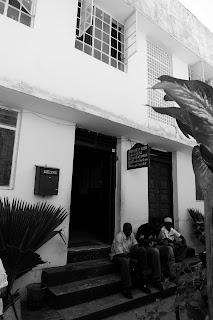