Coffee Bay itself is, in a word, so-so. A TON of hype surrounds this place, particularly the hostel we're staying in. It's situated right on the beach in what's been described as one of the "best locations in South Africa". So, coming from Chinsta, we had pretty high expectations. And our verdict? Chinsta's better.

It's a little rough around the edges here. I LOVED the ride out. But actually arriving was a bit anti-climactic. For one, I have certinaly stayed at better hostels. The facilities are very, how shall I say... basic. Especially for the price. And the moment you step off the gated grounds, you're accosted by a half dozen guys trying to sell you mushrooms. I supposed that's why this place's reputation precedes it. But, let's just say, it's not the type of place I'd want to be hallucinating.

We did, however, get a pretty sweet set-up. All of the double rooms in the main property were booked, so they put us in a little house on top of a hill on the other side of the beach. The second room and loft were empty, so we invited some new friends of ours to go in on it with us and rent the entire house together. Crossing the river to get to it is a thrilling task, particularly at high tide. But the view from up here is superb. 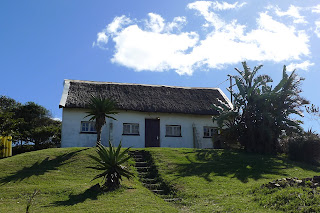 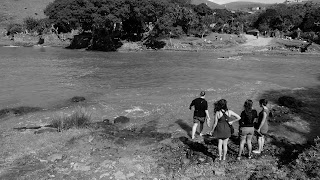 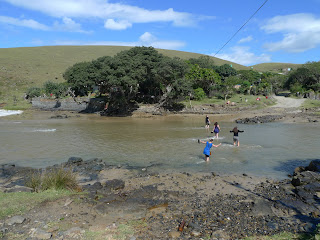 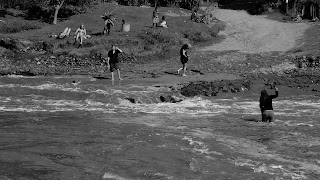 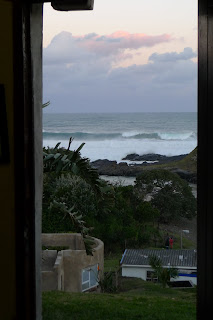 Peaking out the front door
at 5:43 AM