About an hour outside of Agra lies the magnificently well-preserved ancient city of Fatehpur Sikri.  During the 1500s, it became the beautiful capital of the Mughal empire.  But apparently Mughal city planners didn't do their homework.  The lack of a sufficient water supply to the region caused the city to be completely abandoned after just 14 years (directly following the emporer's death).

We made a visit to the massive Jama Masjid mosque, and took a quiet walk around the expansive ruins.  I found especially interesting the three palaces built by the emperor for each of his three favorite wives - one Hindu, one Muslim, and one Christian.  How very progressive.

Our favorite part of the trip was that we didn't have a driver anxiously waiting for us outside, so we really got to take our time soaking it in.  We climbed up to a perfect rooftop perch where we could watch people, birds, and clouds lazily rolling by as the sun sank below the horizon. 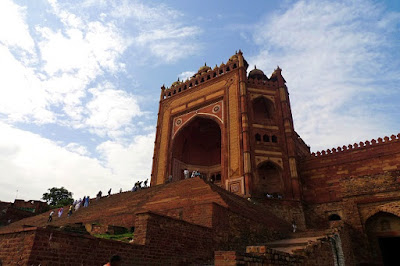 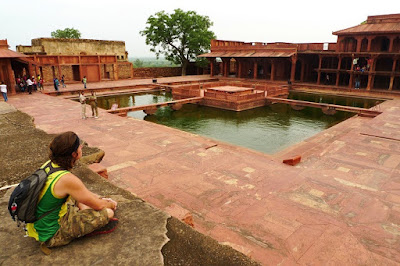 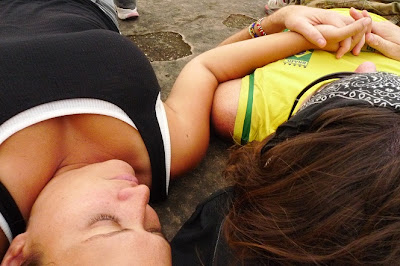 For photos of Fatehpur Sikri and the really big pig that lives there, click HERE.
at 11:55 AM