India is fantastically affordable. You can get a totally legit ensuite hotel room with a balcony, A/C, flat screen TV and room service for under $20 bucks a night. The menu at a casual rooftop restaurant isn't likely to have anything on it that costs more than $3 dollars. And hiring a private driver to see all of Delhi's sites in one jam-packed nine-hour day only sets you back about $12 smackaroos. Since we were hoping to not stick around the city too long, that's just what we decided to do. 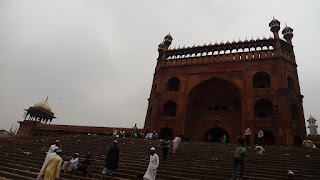 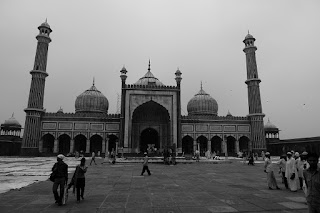 And a steep climb up it's musty minaret tower to get a bird's eye view of old Delhi. 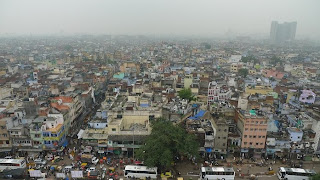 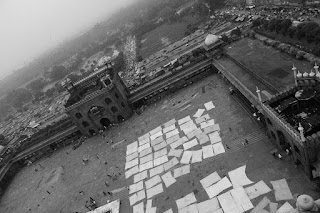 The Red Fort and all kinds of pretty stuff that exists within it. 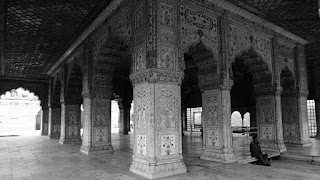 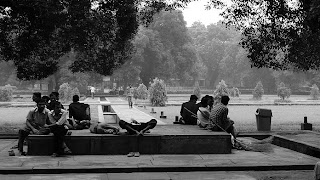 Raj Ghat.  A simple and peaceful memeorial marking the spot where Mahatma Gandhi was cremated, it is inscribed with what are said to have been his final words - "Oh, God". 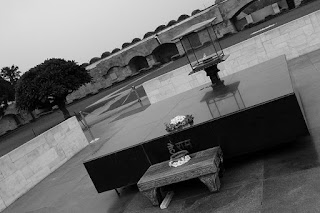 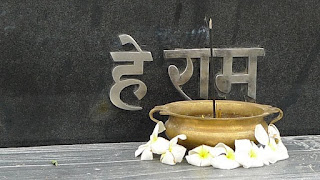 Bahai House of Worship.  Aka the Lotus Temple. 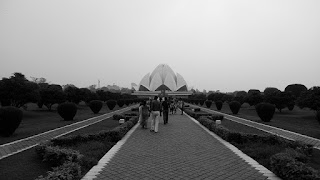 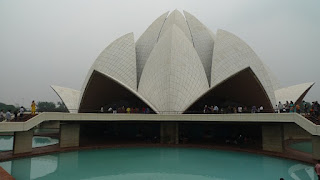 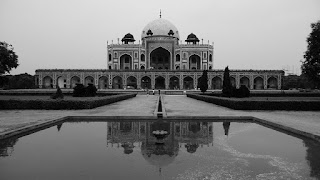 Our day felt a little like running around collecting photos, rather than really experiencing anything. But it also felt fantastic getting into our air conditioned ride in between each sweaty wander about. Seriously, the humidity here is outrageous. Unlike anything I have felt in my life. I was not aware that I was capable of sweating so much. 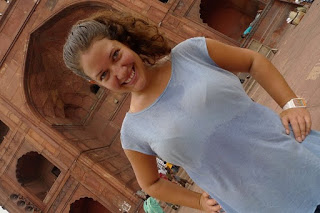 Anyhow, the experience was so enjoyable, we were convinced to book our driver for TWO WEEKS to take us all over the state of Rajasthan. With tons of tiny little towns we want to check out, this plan allows us to spend all of our time exploring rather than hunting down bus stops every other day. It also lets us stray from the major roads to see stuff inaccessible via public transport.

Oh yeah, and did I mention they book all of our hotels for us too? I suppose one could call it a "packaged tour", without all the other tourists. I can't help but feel like we're kinda cheating here. But, we also have a new friend to play rummy and drink cheap whisky with at night. 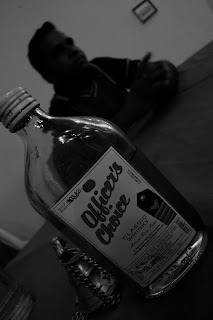 Hey, it's just like I always say about taking an RV to Burning Man. If the option exists, why not be as comfortable as we can be?  :)
at 8:50 AM