People told us it was going to be hot in Luxor. Really, really hot. People were not lying.

Our day of sight-seeing here consisted of a morning and an afternoon tour, including visits to five different places of interest. Temperatures exceeding 110 degrees and not a single square inch of shade. Steep descents into unventhilated underground tombs. By the end of it, I could barely stand. Heat + Exhaustion + A lack of sunglasses = A brutal combination. And note, our tour guides are doing this during Ramadan. Sweating their balls off, without a bite of food OR sip of water all day. Unbelievable.

Just about all of the notable pharaoh mummies once called this valley home. Built under a pyramid shaped mountain in dense limestone and hidden from the population of the time, this valley was chosen as the noble resting place for dozens of important figures in Egypt's history. We were able to venture underground into the ancient and elaborate burial chambers, and see the still vibrant artwork on the solid stone walls. But we weren't able to take any photos. So I've enlisted the help of google. 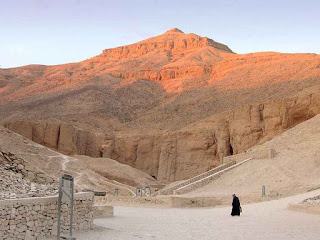 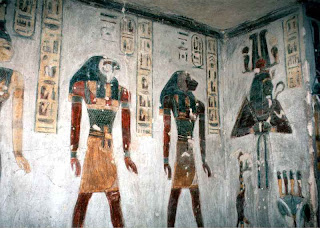 It was a super cool experience, but I couldn't help but be haunted by how mortified these kings would be to see what has become of their eternal resting place. These people took preservation in death and the afterlife really seriously, and here we are stomping all over their sacred tombs in trucker hats and flip flops. Not to mention the fact that the contents of these chambers have been shipped off to various exhibits around the world for tourists to peep on. King Ramses would turn over in his sarcofogus, if he wasn't confined to a clear temperature-controled box in the Cairo Museum.

Hatshepsut was the first woman pharaoh to rule Ancient Egypt. From what they tell us, she was pretty bad ass. She spent her life devising ways to get closer to the throne, eventually obtaining the seat and garnering the respect of her citizens by creating a story of her immaculate conception. Egypt enjoyed a period of great wealth and harmony under her rule, and the site of her temple is only slightly cooler than the surface of the sun. 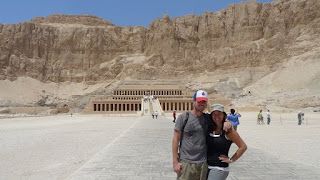 What visit to a Valley of Kings is complete without a visit to a Valley of Queens? Same story, different gender. And smaller burial chambers. I was tired and hungry by then and could have given this one a miss. However, I did learn that hand binoculars are surprisingly helpful in the absence of proper eyewear. 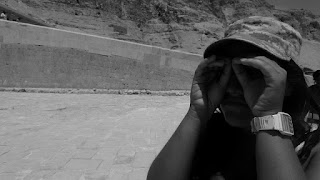 On the way home we got to see this old thing just hangin on the side of the road, which was pretty freakin cool. 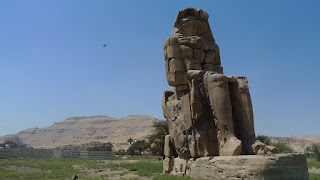 The neat thing about Luxor is that the (relatively) modern day city was build around all of these ancient ruins.  A walk down a short street will take you from a travel agency to a pub to a 3,000 year old temple to a McDonalds.  You don't have to venture far to get your history on, it's all around you.  The experience is a little surreal.

Karnak is actually a series of temples, the largest of its kind ever built by man, and it was completed over a period of THIRTEEN HUNDRED years.  My favorite section of it was a hall of seemingly endless, absolutely enormous columns.  Getting lost amongst them really felt like you were wandering around in a visual effects environment.  Super cool. 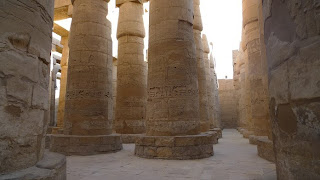 The best thing about this place is that we got to see it as the sun was setting and capture some really cool night time photos.  Another feature of note is that Egyptians have built a mosque smack dab in the middle of the ruins, which makes for quite the captivating setting. 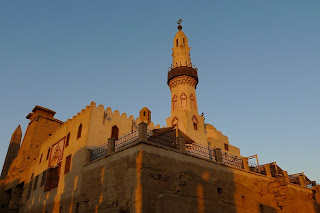 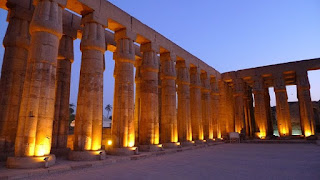 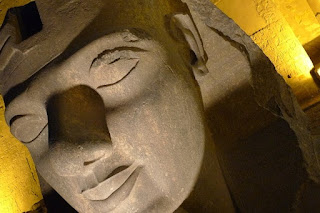 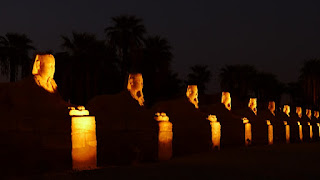 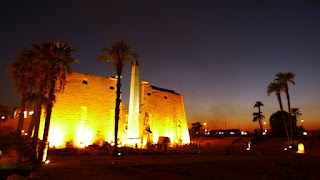 Last, but by no means least my friends...

Reece and I were DYING by the time this day was over (similarly to how you probably feel after finishing this lengthy entry).  And for the past few beer-less weeks, we have begun to fantasize about an ice cold one.  Our cruise ship was an oasis of alcohol consumption, but it was so damned expensive we couldn't bring ourselves to buy it, purely on principal.

Imagine the sheer joy of finally stumbling upon a place, in public, that served the coldest beers we've had since Argentina.  The experience almost moved me to tears. 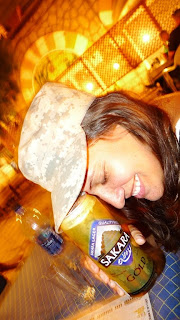