Visiting family you have never met before, halfway across the globe, really can go either way. Will it be awkward? Will we have fun together? Will we recognize each other at the airport? Will they like me? Will we like them?

For those of you who don't know, my father was born in Syria. His family moved to Cairo when he was young, and he lived here until he ventured off to America in his early twenties. The rest of his family still resides in Egypt, and for years I have looked forward to someday making the visit.

My grandmother and my two uncles, Mohaymen and Norman, have visited the U.S. in the years since I've been born, so I have met them each two or three times. Now, I got to meet Mohaymen's wife and three children, my cousins who I've only seen through pictures pasted into childhood letters and, more recently, facebook.

After much anticipation, I was delighted by the ease of spending time with my Egyptian family. The separation of decades and continents melted away through cooking and eating together, lounging on beaches and in cafes, playing Nintendo Wii and feircly competitive games of Monopoly.

They have been so generous and hospitable over the course of our visit. We must have been enjoying ourselves, cause we managed to stick around for SEVEN WEEKS! After all this time here, it was definitely a little sad to say goodbye. Egypt is now one of the few countries I can safely say we will be returning to someday. 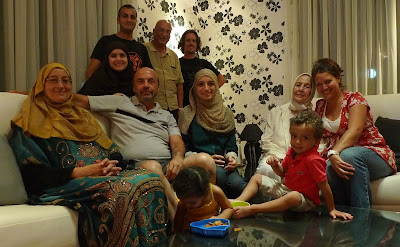 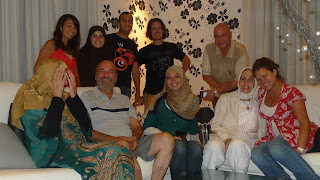 Getting a family photo is more challenging than you think.
Either someone is missing, or covering her face.
A little photoshop could combine these two pics into one great shot!
at 5:02 AM