A cavernous blowhole. A stunning lighthouse. A picturesque waterfall. A rare penguin. Despite the gloomy weather, we had a jam-packed day of seein' cool stuff in the Catlins.

First we checked out Jack's Blow hole, which is not like a blowhole at all. I'd say it's more of a sink hole than a blow hole. 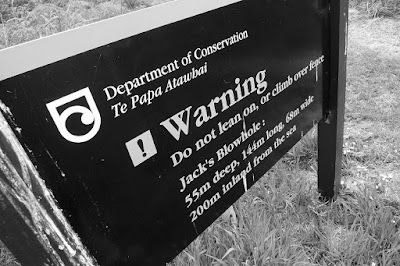 200 meters from the shore and frighteningly deep, the supposed "blow hole" is fed by the ocean rushing in under ground, and results in what could only be described as an intimidating spin-cycle death-trap. What I wish I'd captured on video can be seen pretty well in this series of photos... If only you had the accompanying sound of the waves crashing in. 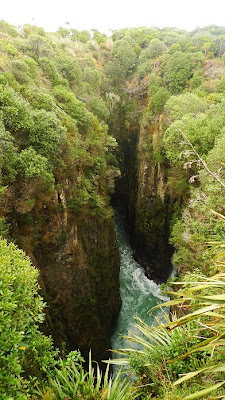 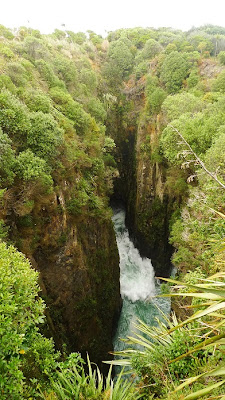 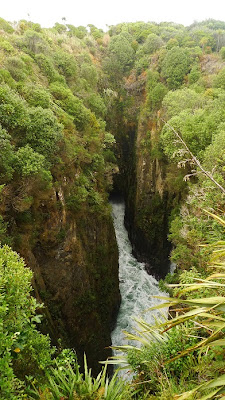 Next it was onto Nugget Point Lighthouse. They don't get much more picturesque than this folks. Perched on a stoic hilltop accessed by a narrow winding pathway with the crystal clear sea crashing on either side. 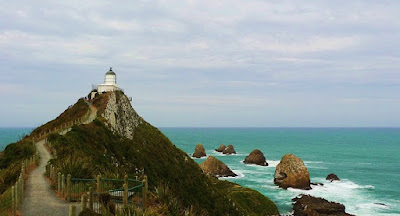 We almost skipped a stop at Purakaunui Falls, but it was a short walk off the highway so we decided to pull over. It was well worth it. A pretty, multi-tiered waterfall and the ability to get up close and personal provided some fun photo-opps. Cheese! 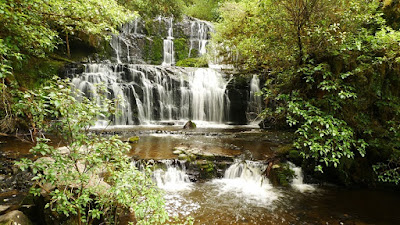 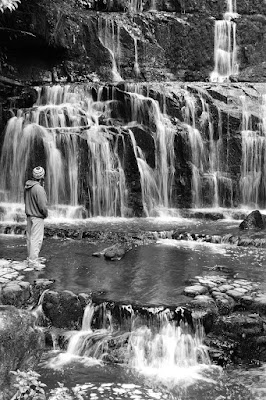 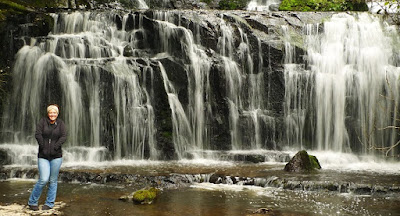 And finally, the rare Yellow Eyed Penguin. One of the things this area is famous for, they can often be seen coming ashore at dusk on various beaches. We took an afternoon stroll at low tide (on a beach formed from a collapsed petrified forest!) and encountered three of these little guys waddling about. Check out their pink feet! 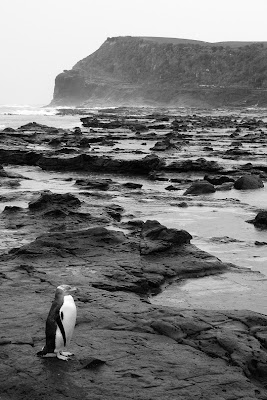 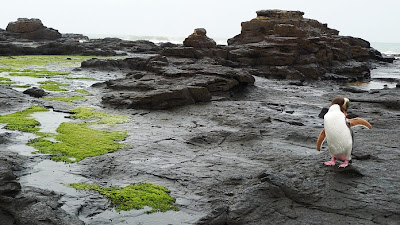 Not bad for a day on the road!  For the rest of our Catlins photos, click HERE.
at 3:38 PM